Riot of colors in Uzbekistan 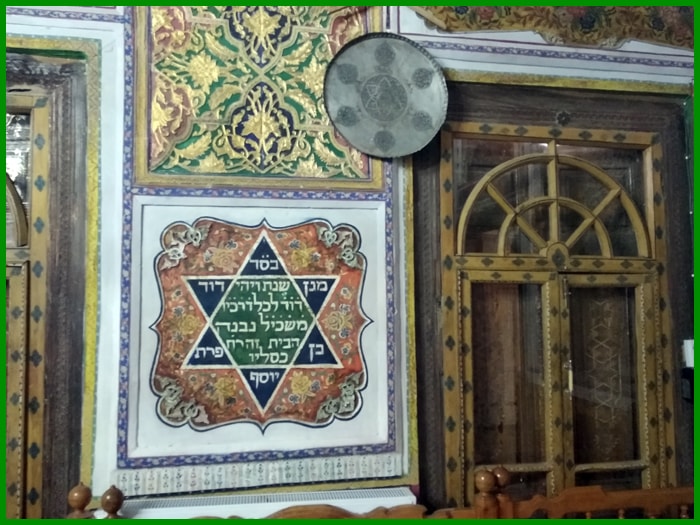 The name of the tour: Riot of colors in Uzbekistan

Day 1: Tashkent
This day you will have a tour in the amazing capital of Uzbekistan Tashkent. You will get to the first destination Independence square which the main square of Tashkent is decorated with majestic fountains with many attractions. After you will go to another interesting point the local Broadway that is always crowded, atmospheric, fun, bright and colorful, everyone can find paintings, Souvenirs and other handmade products. After you will move to another unique spot Tashkent metro, where you can admire the extraordinary beautiful architecture, it was built in 1977. You will continue tour with the old part of the city which includes: Chorsu Bazaar, Kukaldash Madrasah and Hast Imam complex that consists of several madrasahs, mosques and mausoleum. One of the main attractions of Uzbekistan is the Othman Quran which is the world's oldest Quran copy dating back to 8th c. You will spend the night in the hotel.

Day 2: Tashkent - Bukhara
This day you will have a morning flight to Bukhara. You will explore the holy city today. And your first point will be ancient site Citadel Ark which is the impregnable Ark fortress in Bukhara is a real symbol of power and inviolability: 4.3 hectares of the inner square represented a city within a city. You will also discover the fascinating attraction Samanids mausoleum. The pearl of Central Asian architecture is called the mausoleum of sovereigns from the local Samanid dynasty, which established a state virtually independent of the Arab Caliphate in Transoxiana (late IX-X centuries).  You will also visit Chashma Ayub, «place of worship». It owes its name to the well inside (Chashma), which, according to legend, appeared at the place where the biblical prophet job struck with a staff. You will also walk along the shopping domes and explore the magnificent structure Nodir Divan Begi that is a part of Lyabi House Ensemble, named after vizier Nadir Divan Begi.  You will explore the last outstanding spot Poi Kalon complex. There are 3 buildings constructed in the 12th - 16th centuries: Kalon minaret, Kalon mosque and Mir Arab Madrasah. The night is in the hotel.

Day 3: Bukhara
After breakfast you will have a spectacular tour in the amazing city Bukhara. You will lead today to Bahauddin Naqshbandi complex, situated near to Bukhara. An iconic ensemble located in the suburban area of Bukhara. The complex served as the center of the Naqshbandi dervish order. Naqshbandi, the founder of Sufism, did not call his followers to seclusion; on the contrary, he obliged them to be diligent farmers, artisans, merchants, and hold public office. You will also disocver another amazing attraction Sitorai Mohi Hosa countryside residence of Bukhara Emirs. Country residence of the Emir of Bukhara, built in the late XIX - early XX century. Currently, it houses the Museum of decorative and applied arts.  You will also visit final point Chor Bakr, you will drive to Sumiton village. An unusual, mysterious attraction in Uzbekistan. Visiting it, it is impossible not to feel the breath of the other world, where in the silence of the alleys involuntarily visit thoughts about the impermanence of life and the transience of human life, which is called the city of the dead abroad. Then you will transfer to to city. You wll rest the night in the hotel.

Day 4: Bukhara - Samarkand
This day you will have a morning train to Samarkand. It was founded approximately in the VIII century BC. Located between India, Persia and China, it became a hub on the Great Silk Road. In 2001, it was included in the UNESCO list. You will have a fabulous tour today where you can explore such highlights Registan square, Shakhi-Zindeh, Mausoleum Guri Emir and Bibi Khanum Mosque. Registan Square, it is of great historical value due to the architectural monuments of the 15th - 17th centuries. The whole ensemble, consisting of three madrasas, is located on the territory of the square, its grandeur will amaze you. Architectural complex of Shakhi-Zindeh one of the most impressive memorial complexes of Islamic architecture of the XIV-XV centuries. The complex is a huge burial of representatives of the nobility of the time of the Temurids. Bibi Khanum Mosque an outstanding monument of Islamic architecture, which was built in honor of Tamerlane's beloved wife. The night is in the hotel.

Day 5: Samarkand - Tashkent
In the morning you will continue tour with excursion in Samarkand city. This day you will fascinate unique sight Ulughbek observatory, built in 15th century by Ulughbek. Observatory at the foot of Kuhak hill, where the instrument for making star tables is located. The most important work performed at the Observatory - the so-called "New astronomical tables" ("Zij-I Jedid - I Guragoni") - contains an exposition of the theoretical foundations of astronomy and a catalog of the positions of 1018 stars (published in Oxford in 1665).  You will also visit the local Broadway where you can contemplate amazing souvenir shops, teahouses, sweets and workshops. Today you will explore national bazaar Siab, you can buy there species, sweets, fruits or vegetables. It is the largest bazaar in Uzbekistan. You will drive to Tashkent is by train. You will rest the night in the hotel.

Day 6: Tashkent - Chimgan Mountains - Tashkent
After breakfast you will drive to Chimgan Mountains. Today you will have a cableway to find the top of amazing Beldersay peak 30 min one-way. You will have a chance to overlook the territory, enjoy the nature, marvel the fresh air and have a small walk. You will breall today at Charvak lakeside beach for free time and own water activities (as per season). Charvak has become a favorite summer resort and an integral part of the annual summer vacation. To complete the tour you will drive back to Tashkent. The overnight is in the hotel.

Flight Tashkent-Bukhara - from 60 $ per person


Service does not include:
- Visa
- Full board
- Travel insurance
- English speaking guide
- Entrances to all museums