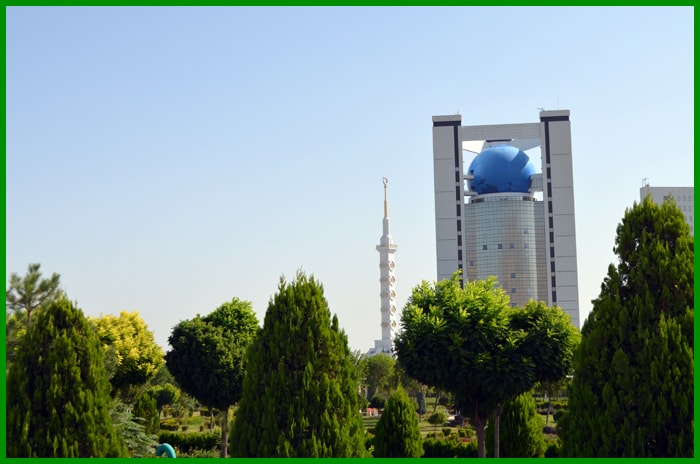 The name of the tour: Turkmenistan explored

Day 1: Ashgabat
Arrival to the Ashgabat International Airport, you will get acquainted with your guide. You are going to have a highlight tour in the capital of Turkmenistan. The city was founded as a military fortification in January 1881, after the tsarist troops occupied the entire Akhal-Tekin oasis, and in particular the village of Ashgabat located in its East. The history of the Turkmen capital and the entire century-long period of its life were full of important events and significant changes. In your tour you will observe the outstanding sites as: Lenin's square, Park of Independence (looking like a white-marble "Eiffel Tower" standing in a beautiful park), Arch of Neutrality. In addition you will discover Museum of Ethnography and Museum of Fine Arts. This night will be in the hotel.

Day 2: Ashgabat - Merv - Mary
In the norning you will start your trip to the east of Turkmenistan. This day you will be offered to visit ancient fortress Abiverd and Ancient Merv. An ancient settlement Abiverd an ancient city of the Sassanid era, located on the territory of modern Turkmenistan. It is located at the foot of three mountains in the Kara-Kum desert. It was located in the Northern part of the medieval region called "Great Khorasan". You will continue tour with the ruins of the 15th century Seyit Jamal-ad-Din Mosque. Merv this is the largest archaeological Park in Central Asia. It consists of several ancient settlements of different epochs adjacent to each other, which contain information about urban planning and material culture of the famous city. After arrival you will visit: Gyz Gala, Erk Gala, Soltan Gala, Soltan Sanjar Mausoleum, Ibn Zeid Mausoleum. After exploration you will drive to Mary. Your night is in the hotel.

Day 3: Mary - Ashgabat - Nissa - Horsefarm - Ashgabat
After breakfast you will drive to airport to fly to the capital Ashgabat. After you will head to Nissa fortress - an ancient medieval city in the foothills of Kopetdag, near the modern village of Bagir, now consists of the ruins of two settlements: New Nisa and Old Nisa. After exploration the ancient fortress you will lead to Gokdepe region, there you will discover horse farm that is of the mot interesting sights of Turkmenistan. You will observe short program by riders. Then you will drive back to Ashgabat and rest the night in the hotel.

Day 4: Flight
In the morning is transfer to airport.