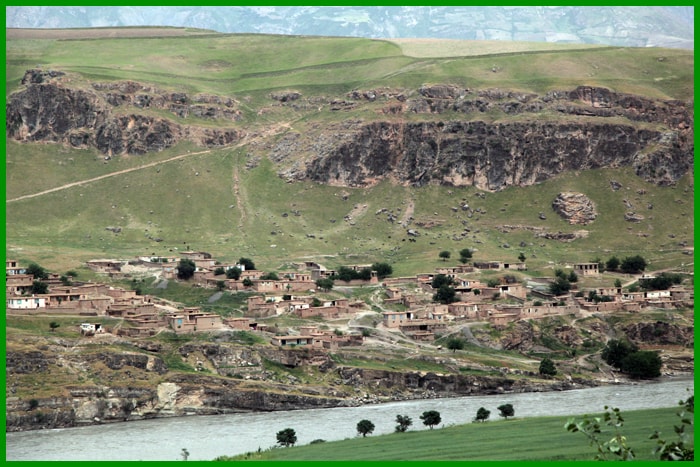 The name of the tour: Ancient path of Tajikistan

Day 1: Dushanbe
Today you will be picked up by your driver at the airpot and escort you to the amazing capital Dushanbe. Today you will have a city tour and experience the major sights of the city. Tour route includes visiting: Rudake Park, National library, White House, National state seal, and House of parliament. Then you will have chance to marvel in National park where you will enjoy the landscaoes and take photos of Ministry of Inner Affairs and the biggest National Flag in the world - 165 m high pole, 30 m wide, 60 m long. Then you will visit interesting sights such as Central Museum and Gurminj Museum of traditional musical instruments. If you want to plunge into the real Oriental life, you should visit the Asian Bazaar with a flavor, where they sell delicious and fresh fruits and vegetables. Today you will find unsurpassed sights of the city with a cultural heritage, where you can have an interesting time. The night will be in the hotel.

Day 2: Dushanbe - Hissor - Dushanbe
In the morning we will drive 35 km to visit Hisor fortress (VII-XVII centuries). Hissor fortress - the Palace of one of the beks of the Emirate of Bukhara. The fortress with walls more than 1 meter thick, with loopholes for guns and cannons rises on the slope of a low hill. Inside the fortress there was a swimming pool and a garden. Opposite the fortress was a bustling market square with a caravanserai and many shops. A number of legends are associated with the Hissor fortress. Next to the fortress grow two huge plane trees, which are from 500 to 700 years old. There are also other sites that includes Hissor: the recently restored monuments of "Madrasa I Kuhna" (new school of 16th-17th centuries), mosque; the mausoleum of "Mahdumi Azam" (16th century). Arrival to Dushanbe, after you will head to Botanical garden and Victory Park with a great panorama view on the city. You will spend the night in the hotel.

Day 3: Dushanbe - Khujand
This day you will transfer to Khujand city. The second most populous city with more than two and a half thousand years of stormy history. The heart of the settlement is a fortress of the V century BC, which survived several stages of destruction and restoration. The city has a population of about 149,000 people.  Today you will also enjoy exploring a Cultural Palace of Khujand. At this place the first president of Tajikistan was chosen. Also we will go to see Central Mosque that is situated in the middle of the city. Night is in a hotel.

Day 5: Khujand - Penjakent
Adventure takes you today to ancient Penjakent through pass Shahriston (3 378 m). The ancient city is about 5000 years old. Memorials of the Zoroastrian era have been preserved almost without flaws and speak of the important cultural and craft significance of the city in the Sogdiana civilization.It also has the fame and name as "ancient Central Asian Pompeii". Penjakent translates as "five villages". The city was beautifully built and had a ruler's palace, two temples, markets, rich dwelling houses decorated with numerous paintings, wooden and clay statues of ancient gods. A small cozy town attracted attention recently in the last century.  Nowadays tourists have chance to overlook the remains of dwelling houses and office buildings, the citadel with the palace, the house of craftsmen, and fire worshipers church. The night will be spent in the hotel.

Day 6: Penjakent - Dushanbe
After breakfast you will transfer to Dushanbe through picturesque Anzob pass (3 372 m) and tunnel of Isticlol. This day you will have chance to observe vivid mountain passes and you will take a lot of fascinating photos. You will spend the night in the hotel.

Day 7: Dushanbe - Airport
In the morning is transfer to airport.