The best of Kazakhstan 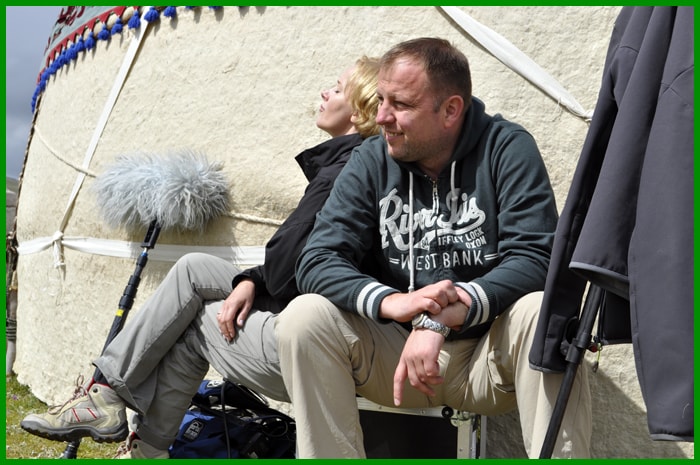 The name of the tour: The best of Kazakhstan

Day 1: Almaty
Arrival to Almaty. You will have an interesting tour in the fabulous city Almaty. You will start your traveling from the heart of the city. You will visit Almaty Museum, where you will learn a lot of facts about the previous capital of Kazakhstan, Almaty, and see a lot of artifacts. Then you will have a chance to overlook the mesmerizing architecture of masterpiece Abai Opera an Ballet Theatre. After you will experience Park of 28 Panfilov Guardsmen, which was named in the spring of 1942, was created in honor of the Panfilov division and the heroes of the city who stopped the Fascist offensive on Moscow. You will visit on the way the fabulous sight Zenkov Cathedral. Along the way you will discover the historical monuments the Memorial of Glory and Eternal Flame, while walking you will have a chance to get to know the history of the Museum of Musical Instruments. In course of the tour you will visit colorful site - the Green Bazaar, where you can't resist shopping and enjoy Oriental spices and fresh fruits and vegetables. After exploration the historical sights you will reach the Medeu Gorge (1690 meters above sea level) one of the most significant places in Kazakhstan with a high-altitude skating rink, which is known all over the world, there is also a dam that saves the city from mudflow. You will have a chance to admire the beauty of Shymbulak ski resort area, where you will get by cable way. After that you will come back by cable car. Then you will go to the top of Kok-Tobe hill, this place is very interesting and is known for its high TV tower Almaty. You will complete the tour with the short ride by the famous Almaty cableway*. On Tuesdays, in the tour departing at 10:00, cableway is not available. Park eco-cars are used instead.

Day 2: Almaty - Shymkent
This day tour route will take you today to the Almaty International airport and transfer to Shymkent, the flight will take about  (1h 40 min one way). After arrival you will be met and have a highlight tour in Shymkent. Along the way you will discover following sights: Walk of fame (park namedafter Sh.Kaldayakov), "Zher Ana" monument, Ordabasy squar, Park "20 years of Independence of the Republic of Kazakhstan", Museum of Victims of Political Repression, Obelisk of Glory, Eternal Flame to the fallen in The great Patriotic War, Walk of Fame, Arboretum, Regional Museum. To complete the tour you will transfer to the hotel for overnight.

Day 3: Shymkent - Turkestan - Shymkent
This day you will transfer from Shymkent to Otrar region, Shaulder Settlement. You will have a chance to visit Local History Museum "Otyrar", Arystan-Bab Mausoleum, archaeological site of the ancient settlement of Otrar. Otrar is considered one of the most ancient cities in all of Central Asia and is included in any historical tour of Kazakhstan. In ancient times, the Arabs called this city Farab. From the very beginning, the settlement developed very quickly, The Great Silk Road passed through it, which made the city very popular among merchants. By the 12th century, the ancient city had already become a kind of large-scale center of trade. Here you could find any product, ranging from handicrafts and silk, ending with dishes and bricks for the construction of palaces and residential buildings. Then you will be transferred to Turkestan, Turkestan (Yassy) was known as the spiritual and political center of the Turkic-speaking people and was the capital of the Kazakh khanate. Turkestan is 1,500 years old. The pilgrims say: three trips to Turkestan are equal to a small Hajj to Mecca. In the tour you will have a chance to overlook  "Azret-Sultan" historical and architectural complex, Mausoleum of Khoja Ahmed Yasawi, Turkestan ancient settlement, Necropolis, a fragment of the fortress wall, Citadel with gates, Hammam, Hilvet underground mosque. Then you will drive to the hotel.

Day 4: Shymkent - Sairam - Kazygurt - Shymkent
After breakfast you will have a tour in Sairam Settlement (20 km).  The tour includes: Local History Museum "Sairam", Mar-Tobe, Ibrahim-Ata Mausoleum, Karashash-Ana Mausoleum, medieval minaret. Ispijab is the largest and Central city on the great Silk road. It was first mentioned in Xuan Jian's itinerary of 629 as "the city on the White river". Later, Mahmud of Kashgar reports: "Sairam is the name of the white city (al-Medinat al-Bayda), which is called Ispijab. Sairam is also spoken of." Then you will drive to the foot of Kazygurt mountains to Kamekalgan natural sacred stones. You will explore: sanctifying rocks "Adam and Eve", stone statues of animals, "Noah's Ark", the magic stone "Dastarkhan". The height of Kazygurt is is 1800 m, the total length is 20 km, and the width is about 10 km. You will spend the night in the hotel.

Day 5: Shymkent - Aksu Jabagly - Shymkent - Almaty
In the morning you will drive to Aksu-Jabagly natural reserve. You will explore today Aksu canyon.  Aksu-Zhabagly is geography and location. Aksu - zhabagli Territory is located in the southern part of Kazakhstan, in the Tulkubas district of South Kazakhstan region. The total project area is approximately 75,000 ha. Due to its geography and location, it is dominated by: semi-deserts substitute dry motley grass of steppes, luxurious plots of meadows give way to thickets of creeping juniper. The plant world is rich and diverse - juniper, cherry, willow, birch, Talas poplar, walnut, pistachio, dense herbaceous vegetation and various shrubs. Here also grow tulips of Greig's and Kaufman. Representatives of the fauna - mountain goat, snow leopard, white-clawed bear, long-tailed marmot, lynx, wolf, Fox and small mammals (mice, ground squirrels). It is home to birds such as Ular, partridge, Nightingale, Paradise Flycatcher, Bluebird. Then you will drive to the hotel for overnight. You will departure to the railway station and transfer to Almaty by evening train.

Day 6: Almaty- Issyk - Almaty
After arrive you will be met at the railway station, then you will direct to Issyk Lake. You will explore today the fabulous gorges of Trans-Ili Alatau - Issyk Gorge. On the way you will explore the State Historical and Cultural Museum-Reserve "ISSYK", it includes the artifacts of the history and culture of the Saka period, including a copy of Golden Man and golden items, ancient ceramics, weapon, elements of horse equipment, as well as the model of Saka burial mound. You will also discover the beautiful mountain lake Issyk, the slopes of the mountains, with slender Tien Shan firs growing all over the surface-all this provided the area with an amazing external representation. The crystal clear and transparent water of the lake, which perfectly reflects the beauty of nature, gives the surrounding area an amazing view. You will spend the night in the hotel.

Day 7: Flight
Hotel breakfast and check-out. Transfer to the airport and departure.

Flight Almaty - Shymkent - from 85 $ per person