From Nur Sultan to Almaty 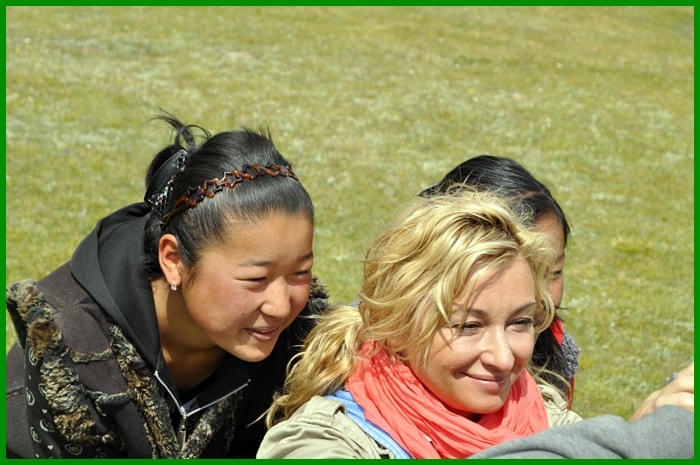 The name of the tour: From Nur Sultan to Almaty

Day 1: Nur Sultan
Today you will be picked up by your guide at International airport of Nur Sultan and then you will transfer to the capital. Today you will visit the major sights of Nur Sultan and first your spot will be amazing Constitution Square, where the President of the country issued a decree on the appointment of the capital from Almaty to Astana. Then you will explore the Presidential Centre of Culture of the Republic of Kazakhstan. Today you will observe the Golden man, the priceless treasure of the nation, which is known throughout Central Asia, and is considered a symbol of the country. To get acquainted with the new trends of the city, you will have a tour of the fashionable Khan Shatyr shopping center, which is very interesting for its architecture. After you will go the top of the "Astana-Baiterek" monument, an original, majestic, unique monument located in the capital of Kazakhstan, its permanent symbol and long-term business card. Then you will transfer to Ishym river and reach to the Kazakh Eli Square. After you will be offered to visit another unique project - the Palace of Peace and Accord. You will also visit the fabulous architecture of Khazret Sultan mosque. The last point of your tour will be a unique attraction the Palace of Independence, here you will learn many interesting facts about the history and future plans of the capital's formation in the hall "Layout Astana until 2030". The night will be in the hotel.

Day 2: Nur Sultan - Almaty
After breakfast you will head on to the airport for the flight to Almaty. This day you will have a city tour in the southern capital of Kazakhstan. You will get to the first point the Green Bazaar, where you can shop and buy Souvenirs for yourself and your family. You will also go on to the Panfilov Park, the official name of the Park is from May 5, 1942 in memory of the Panfilov division and the heroes of Almaty, who stopped the offensive of Nazi tanks on Moscow during the great Patriotic war. In this territory you will also explore Zenkov Cathedral that is one of the most fascinating buildings in the world. You will head on later to the Medeo Gorge, surrounded by beautiful nature and steeped in mountain air is famous for its ice rink. In course of the tour you will discover Shymbulak resort. After you will visit the Kok-Tobe hill Kok Tobe is known for its beautiful views, and there is a famous TV tower that is visible from all parts of the city, you can also take a great walk along the paths and explore the sights of the Park, in the meantime, also see the beautiful views of the city and buy yourself side dishes in stores. You will end the tour with ride from the cable way to the center of the city. The nigh will be in the hotel.

Day 3: Almaty - Kaindy Lake
After you breakfast you will direct to amazing Kaindy Gorge. You will explore today amazing lake, pearl of the Kazakh Land Kaindy Lake. Kaindy lake is located on the Northern slope of the Kungei Ala-Too mountain range at an altitude of 1,867 meters above sea level in a dense coniferous forest. This place is very unique in its origin. Translated from the Kazakh language, Kaindy means "birch". This name was given to the lake because of a large birch grove, once planted by people five kilometers below the lake. As a result of a landslide in 1911 from the Eastern slope of the Kaindy gorge, which blocked the riverbed of the Kaindy river and formed a lake. Spruce trees growing at the bottom of the pit were flooded, their dry trunks rise above the surface of the cold lake, giving it an amazing and unique look. People call this place "sunken forest" for its surreal appearance: from the turquoise surface of the lake, like the masts of sunken ships, the trunks of giant fir trees rise. You will have a chance to have a picnic in this beautiful place. Then you will drive to Saty settlement. After arrival will have free time. You will have a chance to explore the area and have a small walk. If you wish, you can book a ride on horseback. (for surcharge). The night will be in the guest house.

Day 4: Kaindy Lake - Charyn Canyon - Almaty
Today you will have a day trip to Charyn Canyons. This amazing creation of nature is located on the territory of the Charyn national Park in the valley of the Charyn river. Tours to the Charyn canyon are very popular, due to its unsurpassed beauty and nature. As a result of natural factors, an unusual landscape has emerged in the desert foothill plain, composed of reddish sedimentary rocks that are more than 12 million years old. You will get to Charyn in about 3 hours and will be able to learn incredibly interesting stories and cultures, as well as take attractive photos. After arrival you will have a chance to enjoy the splendid views and you will be impressed under magnificent landscapes that remind the giant towers. After you will also walk in famous Castles Valley with incredible outlines of castles and towers. The night is in the hotel.

Day 5: Flight
In the morning is transfer to airport.